Learning to Fight Fair in Marriage

My ability to fight is impressive. It was never a skill that I meant to develop. But I did. In my more uninhibited days, when I let go of my restraints in an argument, I could be terribly condescending. I’d say what needed to be said and do what needed to be done to end the argument. To win. If I’m not careful, and if I ignore the lessons that life and maturity have given me, I can go back to that same venomous tactic pretty easily.

Some people have an ability to fight that is just as toxic, but it takes on an entirely different form. It’s withdrawn. It’s controlling, but in this brutal and silent sort of way. It keeps you guessing, perpetually digging out of a hole that you can’t define. Just as harmful, as it’s nearly impossible to decipher, but not as loud or obvious.

Some people won’t confront a person if their lives depend on it. Others confront everyone. Some run from conflict. Others go out looking for it. 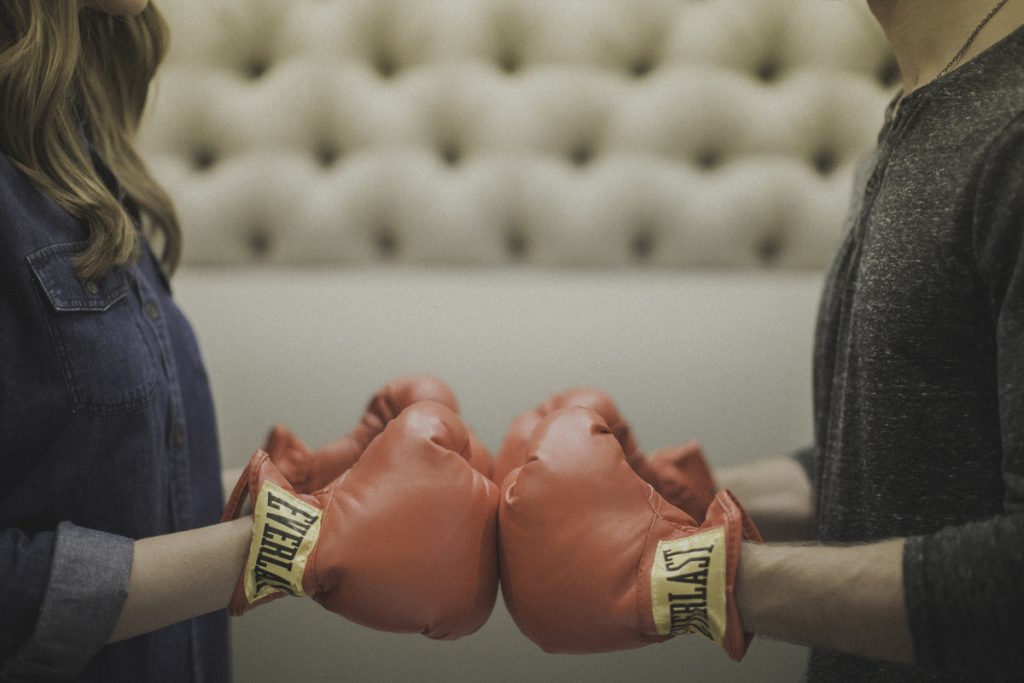 Whatever your tactic, however you approach conflict, chances are that you can improve. The way that you handle the conflicts in your life is an indication of your mental and emotional health. Conflict, after all, is normal. It isn’t bad.

But being unkind, unfair, and unyielding…those are a problem. Those are bad. So learning to deal with conflict becomes the difference between having healthy relationships and having unhealthy ones. Between being selfish and being unselfish.

So where do you begin? How do you change the things about you that make conflict a challenge? Perhaps a more difficult question is this: What do you do when you feel like you’re not the one with the real issues?

Like anything else, there’s no quick answer or solution. But it starts with honest dialogue: both with yourself and with the one (or ones) you’re in conflict with.

Something better is possible. So don’t stop fighting…

…but by all means, fight fair.